How do we value PEACE?

Historically, people do not put a valuation on PEACE, because it has been impossible to even contemplate PEACE.  And we still don’t…

PEACE can be related as Goodwill in accounting terms, invisible yet infinitely valuable when you have it.

Valuation: So in determining a valuation for PEACE, each Human Being is worth One Trillion Dollars individually and is squared when the one peaceful human energy collective mind occurs.  So doing the math, by creating PEACE on earth each individual becomes intrinsically worth one trillion dollars each squared or $1,000,000,000,000,000,000,000,000!!!

Source:  How Much Is Peace Actually Worth?  by Talia Hagerty

Per the most recent study published by the Institute for Economics and Peace (IEP) found that violence cost the world $9.46 trillion in 2012 alone. That’s 11 percent of gross world product.  So by extrapolation, at the current time our gross world  product in round figures would be 10 trillion divided by 10% would realize $100,000,000,000 ($100 trillion) gross world product for materialistic annual production.

For one century (times 100 years lifespan) =

SUMMARY: Our need for survival has blinded ourselves that we as individuals and us as a singlular worldwide integrated collection of human souls is disproportionately valued compared to material valuation of gold, guns and butter.  In fact, if we were to value visible and invisible universal resources appropriately, all material resources would be greatly devalued in comparison.  In essences all humans are currently fighting for pennies in our current economics.

Ready to “COMMIT TO PEACE” ? 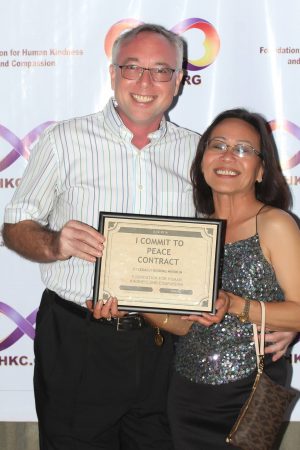